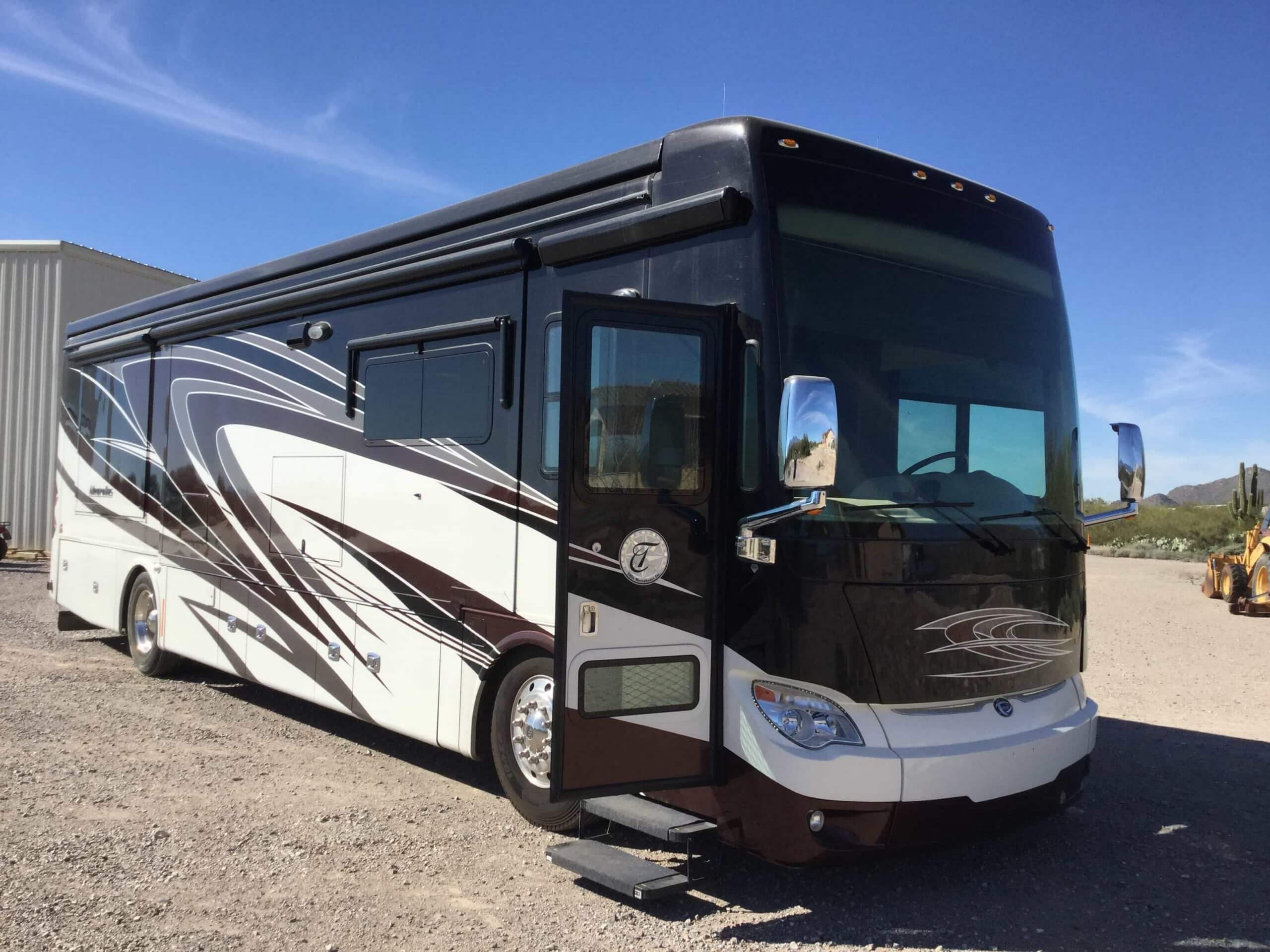 First a little history on how we got into the RV slide-out business…A few summers ago our company president and his wife headed from Tucson to Alaska in their newly acquired motor home, a Tiffin Alegro Bus. On the way, the lavatory side slideout started to bind up and make grinding noise. They also discovered metal shavings on the floor near the drive mechanism. The bedroom slideout was just about as problematic as the lavatory slideout. As they packed up after each night and retracted the slides it was always a “Cross your fingers” moment to see if the slides would retract. Finally, the lavatory side quit for good — slideout extended— in Delta Junction, AK, 3,500 miles from home! Stranded! No Fun! Days later a field repair was made, and they limped along until they got home.

When they arrived back home, they inquired of the RV manufacturer, Tiffin and also the slide manufacturer, Schwintek asking for a more substantial drive system. Neither had anything to offer. In fact, they found out that there system has no foreseeable replacement in the motor home lineup.

The president (the Alegro owner) is a Professional Mechanical Engineer.  And, our company is a Factory Authorized re-builder for one of the largest gearbox manufacturers in the world. He soon realized that if they were going to enjoy their motor home the slideout problem needed a reliable solution. The company set out to build a slideout drive mechanism that is trouble-free and will last the life of the motor home while still fitting within the envelope of the present structure. After months of engineering and building several prototypes, a patentable design was finalized that would provide a solution to the problem. Testing proceeded and after over 6,000 cycles of our test slideout, the mechanism showed no wear! The test slideout was loaded with 1500 lbs. of ballast and had 40 inches of travel in and out.

The installation can be done in a days time because it fits in the same envelope as the Schwintek drive system. Our system uses the same controller and hardware as the original. The original drive motors can be modified and also used per the owner’s discretion.